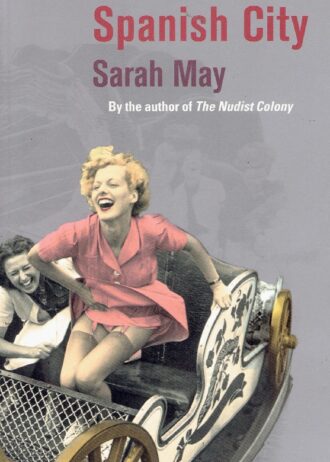 Little remains of the glamour of Setton, once the Noth-East’s premier pleasure resort. The Spanish City is boarded up; its famous Charleston roller coaster turning rapidly to rust. Only in Moscadini’s ice-cream parlour, with its glowing mural of an arcadian coastline, is there a hint of its former glory. It is here that the world-weary teacher Hal Price is brought by his teenage kidnappers to meet a ghost. As the snow falls outside and Hal relives the memories of his dancing days, he tells the boys a story – a tale of wartime dreams and peacetime disappointments, of love, betrayal, death and resurrection. Sarah May’s fictional worlds are comic and macabre, lyrical and violent. In this second novel, she applies her unique vision to the boom and bust of post-war England to create a romantic fable as heart-stopping as the Charleston Coaster itself.